Enjoy watching the story of that old new Muslims whom Allah has blessed with guidance, and helped him find the truth in the religion of Islam.

The “DeenShow” program hosts some new converts who narrate their stories about embracing Islam. Today’s guest is James, an 85 year old man, who re-tells the story of his conversion to Islam in the tenth of June 2008.

This story teach us that a person should do his best and endeavor to get the truth way nevertheless the age or any regard else.

We had an example in the Islamic history, the companion Salaman the Persian who traveled from country to country and searched the truth. Salman kept learning at the hands of Christian scholars for long period until the last one of them gave him glad tidings that the time of the coming of the seal Messenger, Prophet Muhammad (peace be upon him), was close. He advised Salman to move to Arabia where Prophet Muhammad was sent.

Enjoy watching the story of that old new Muslims whom Allah has blessed with guidance, and helped him find the truth in the religion of Islam. 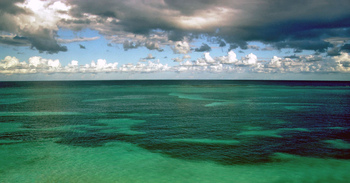 Bilal Philips: My Way to

6 years ago
Enjoy watching this video by a European scientist who converts to Islam after his knowledge of some scientific facts in the Qur'an which were only
0
6.28K
0

A Christian Minister Converts to

6 years ago
Dr. Jerald Dirks is on the DeenShow this week to complete his story on Why he accept Islam, the last religion revealed to Prophet Muhammad
0
6.75K
0
Previous
Next