The amazing character of Muhammad is a lasting example for all to follow. Muslims everywhere model their lives upon his behavior, from prayer to politics, from personal hygiene to community involvement. 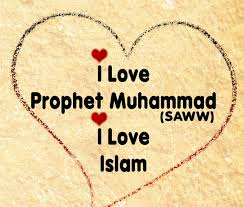 The truth about the life of Muhammad (peace be upon him) is probably one of the greatest untold stories over time.

The truth about the life of Muhammad (peace be upon him) is probably one of the greatest untold stories over time. His legacy began in the seventh century in Arabia with a band of small followers.

Yet, over fourteen hundred years later, his followers have now grown to a global community of 1.5 billion people. That is all Muslims are one fifth of the world’s population.

He was born amidst some people of Bedouin culture. Yet, his teachings today have liberated millions around the world. Muhammad (upon him be peace) was a man chosen by God to teach people how to live a happy and fulfilling life. His heart was full of love and compassion for all humanity.

He came with a profound message, a message of justice and equality and this powerful message frightened the authorities of the tyrants of his time. These tyrants stopped at nothing to silence Muhammad.

They conjured lies against him. They began a huge campaign to vilify him and to tarnish his character, even tried to use the media outlets of the time to try to destroy his reputation. And unfortunately they are still continuing up to day. However, truth shined through falsehood and lies will never stop people from knowing reality.

Muhammad was a very calm and peaceful person. He would respond to aggression with graciousness and would respond to hatred with love. People around him would describe him as somebody who was always smiling.

Muhammad (peace be upon him) was someone who was always concerned about the welfare of everybody around him.

Allow me to share with you a small story describing his kind and caring nature. During his lifetime, there was a woman who really hated him. Every day she would throw the rubbish and all sources of harmful objects in his path.

Whenever she saw him, she would use words of abuse and hatred. One day, the Prophet (peace be upon him) was walking along the same path and noticed that there was no rubbish there.

Many days continued like this. So out of his concern for her, he went and visited her and found here sick in her home.

The woman was amazed and taken aback with his compassion. How is it that this man she hated so much, the one she shared abuse by all means, had now come to visit her?

She was so surprised and realized immediately how good a man Muhammad (peace be upon him) really was.

The amazing character of Muhammad is a lasting example for all to follow. Muslims everywhere model their lives upon his behavior, from prayer to politics, from personal hygiene to community involvement. This one man has continued to inspire millions of lives despite living fourteen centuries ago. So, why not we learn more about this amazing man?

Watch this short video to know the truth about Prophet Muhammad.

The Best Act of Worship

2 years ago
The best act of worship in the sight of Allah is du`aa’ (supplication). Supplication is the essence of worship. Listen to this story...
0
207
0

Meaning of Life… The Beginning

2 years ago
In this life every beginning has an end. No matter how long we stay together we finally depart, and for every pleasure we experience there’s
1
206
0

On Celebrating Al-Israa and Al-Miraj

3 years ago
Should Muslims celebrate Al-Israa and Al-Miraj? What did happen on that night? When was that night; which date definitely?
0
11.35K
0
Previous
Next