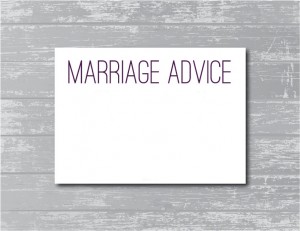 The article talks about the status of marriage in Islam and gives some useful pieces of advice for those who are planning to marry.

Marriage is one of the rites of Islam, as indicated by the Qur’an and Sunnah of the Prophet (peace be upon him). Once a man possesses the financial capacity, he is advised to hasten to marriage so long as there is no legal impediment. The Prophet (peace be upon him) said, “O young men, whoever among you can afford marriage, let him get married, for it is more effective in lowering the gaze and guarding chastity…” (Al-Bukhari and Muslim)

Marriage helps both man and woman overcome many of the traps of Satan, lower their gaze and guards their chastity. It is a means of protecting one’s religion as the Prophet said in the hadith narrated by Al-Hakim from Anas (may Allah be pleased with him): “Whomever Allah blesses with a righteous wife, He has helped him with half of his religion, so let him fear Allah with regard to the other half.”

Enjoy watching this video by Sheikh Muhammad Salah talking about the status of marriage in Islam. He gives useful pieces of advice for those who are planning to marry and illustrates the instructions of the Qur’an and Sunnah about choosing a wife and leading a chaste life through marriage.

The Closest Person to You

9 months ago
Your wife is the closest person to you. This life companion and life partner deserves your kindness, and she is most deserving of your good
0
670
0

10 months ago
Severing the ties of kinship is among the major sins and disgraceful misdeeds. The one who perpetrates this action is subject to curse and distress.
0
601
0

1 year ago
How does Islam view sex? Why does Islam prohibit marriage outside marriage? How should we control our sexual desire? Watch this video to know why
0
593
0
Previous
Next