The Prophet had a lot of enemies but they did not say that he was a child molester. Why? Did they forget? Would it have been an excellent way to damage his image? Ye, they never used it because it was normal to marry girls 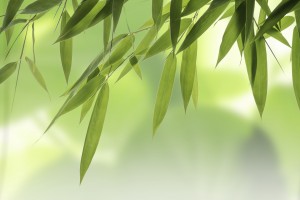 In this short video, Dr. Fadel Sulaiman explains and refutes the misconception of the Prophet’s marriage to Lady `A’ishah at early age.

If a 15 years old man marries a 9 years old girl, it is definitely wrong today. In Cairo, New York or London, it is wrong because it is a violation of the law.

Now, let’s go through the European palaces to see more of these cases. In the twelve century, 14, September, 1169, a Byzantine Emperor named Alexios II Komnenos married a beautiful girl named, Agnes, when her age was only 9 years old. It was an official or a natural marriage back at that time.

Actually, today after 1500, you find in the USA girls getting married by the law at the age of 13. In New Hampshire, the age of marriage starts at 13 years old for girls by the consent of their parents, in Texas 14 years old, in Missouri and Mississippi 15 years old by the consent of their parents. Also, in Spain until 1995 it was 12 years old and now it is 13 years old. In Canada, 100 years ago, it was about 11 years old. So, it is unfair to judge people according to today’s laws and customs. You have to judge people, whether they are doing something wrong or not, according to their own laws and their own customs.

To prove that this was norm at that time, you will find much evidence actually. First of all, Prophet Muhammad was not the first man in the life of lady `A’ishah. Lady Aishah, in the age of 6, was actually engaged to another man called Jubayr ibn Mut`am ibn `Adiyy. You will find also that one of the Prophet’s wives was Lady Safiyyah bint Huyayy ibn Al-Akhtab, the daughter of one of the biggest names of the Jewish tribes in Arabia, Huyayy ibn Akhtab, he (i.e. the Prophet) married her according to some records in the age of 14 and he was her third husband. What was her age when she got married to her first husband? Maybe 10, 9 or eleven! So, even the Jews at that time were marrying their girls in that early age. Also, you will find that Prophet Muhammad married lady `A’ishah in the age of 6 but he did not consummate the marriage except in the age of 9. So, what was he waiting for, for 3 years? If he was a child molester, he could have consummated the marriage in the age of six. But, what he was waiting for, for three years? Puberty!

Some people here may say, “Who said that once a girl reaches puberty that she can get married?” Simply, the Encyclopedia Britannica. I open the Encyclopedia Britannica, the fifteenth edition, volume number 26, page number 850, and I found the following definition for puberty. It says: “In human physiology, puberty is the stage or period of life when a child transforms into an adult normally capable of procreation.”

In 1184, Margaret, the Empress of Hungary, got married to Isaac II, the Byzantine Emperor when she was only nine years old. This is why it is illogical to criticize the marriage of the Prophet Muhammad (peace be upon him) to `A’ishah, the daughter of the Prophet’s closest Companion Abu Bakr.

One may ask himself, “Did Prophet Muhammad (peace be upon him) have any enemies?” You will find that the hypocrites in the Muslim community were enemies, the pagans were his enemies, and the Jews of Arabia were his enemies. You will find that they tried by all means to tarnish his image and they called him all the possible bad names that they can, but they did not say that he was a child molester. Why? Did they forget? That would have been an excellent way to damage this man and this new religion, but they never used it because simply it was the norm to get married to girls at that age at that time.

For those who say that she was a molested child, molested by Prophet Muhammad (peace be upon him), I ask them, “Do molested children love their molesters?” If you want to read the perfect love story,

Shakespeare, we all know this famous British outstanding playwright  in his famous play “Romeo and Joliet” who said the age of Joliet, the hero in this play, was not more than 13 years old.

I recommend that you do not read Romeo and Joliet because actually Romeo committed suicide at the end of the story. Read Muhammad and `Aishah. In the very word of `Aishah herself explaining how beautiful this relationship was between her and the Prophet Muhammad (peace be upon him). Lady `A’ishah explains that he used to race with her, and she says that when he used to drink from her glass, he used to make sure that she sees him putting his lips in the same place where she was putting her lips to drink from the glass. Lady `A’ishah says that when she used to say “O my God I have a headache,” he used to say, “It’s me, you can sense your headache in my head.” Lady `A’ishah was so proud that he died in her arms.

World War on Islam Why

8 months ago
Why is there is a third war only on Islam in all counties? Why is Islam oppressed worldwide, even in Muslim countries? Why should principles
1
286
0

The Youth: The Wind of

8 months ago
The youth are the wind of Paradise. One of the most beloved things to Allah is the repentance of a young man. Allah boasts to
0
252
0